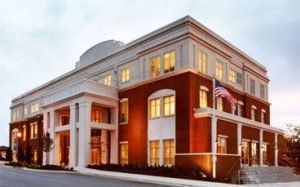 The City of Clermont

The City of “Clermont” was founded in 1884 and incorporated in 1916. Clermont, Florida, is known as the “Choice of Champions” and is located about 20 miles west of Orlando and major theme parks.

Clermont was named one of the Top 20 Cities in America “Leading the Way” in economic development and quality of life. The City of Clermont is one of the fastest growing cities in central Florida and is strategically located just west of Orlando and north of Disney World.

The City of Clermont has the amenities and assets that make it an attractive location for families, new business, educational endeavors, office development, and health-fitness opportunities. With over 14.8 square miles, Clermont is Open for Business and offers everything for growing families too. Health, wellness, and fitness are all part of Clermont’s culture.
Clermont is home to the 1956 Florida Citrus Tower, one of Florida’s first landmarks. One of the most popular tourist attractions in Central Florida was built in Clermont Florida in 1956.  An elevator took visitors to the top of the tall tower built on a hill northeast of town on US-27.  The top of the tower was the highest point in Florida.  You could see hundreds of thousands of acres of Citrus and could see all the way to Orlando.  There was no Walt Disney World or other big theme parks in those days. In 1922, a developer named Edward Denslow organized something called The Postal Colony Company.  He bought 1,000 acres and planted citrus groves.  The groves were owned and tended by the retired post office employees.  Clermont became one of the foremost citrus growing towns in the United States.

This core area of Clermont is located between State Road 50 and the south shore of Lake Minneola. This area provides a variety of unique retail shops, restaurants, and businesses, as well as the Art League, the Clermont City Center and Clermont City Hall. Also located at the west end of downtown is the Historic Village.
Clermont’s Historic Village, at the corner of West Avenue and Osceola Street, is a cooperative effort of the South Lake County Historical Society and the City of Clermont.