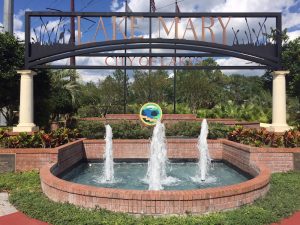 Although Lake Mary’s beginning dates back to the 19th century, the City did not incorporate a name until August 7, 1973. Named after the wife of a minister who settled on the northern shores of the lake, Lake Mary started as a village of two tiny settlements called Bent’s Station and Belle Fontaine. They were located along the railroad that ran between Sanford and Orlando.

The City began primarily as a citrus-based agricultural community. In the early seventies, as the Disney development surge pushed northward, Lake Mary began to transform into a semi-rural bedroom community serving Orlando. During the late eighties and early nineties, the City experienced tremendous growth in residential development as well as an economic development center with hundreds of thousands of square feet of office, retail and industrial uses. 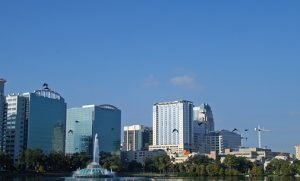 Located approximately 18 miles north of Orlando just off Interstate 4, pro-active Lake Mary boasts an upscale residential community and a healthy commercial, office and industrial base. The city continues to be a choice location for corporate office relocations, high-tech businesses, and light manufacturing operations.

Among other things, Lake Mary is known for its well planned residential communities, excellent schools, prominent businesses including outstanding restaurants, and a variety of shopping opportunities in Downtown Lake Mary.

The crime rate in Lake Mary is one of the lowest in Florida than proactive, community-based Police Department. On the fire side, we have a skilled Fire Department ready to deal with any emergency including rapid response and rescue.

In Lake Mary, you will be amongst good company. The City is home to businesses such as  AT&T, Duke Energy & Verizon. Nestled in Florida’s high-tech corridor, Lake Mary is a short ride away from all the recreational offerings of Orlando and Daytona Beach.